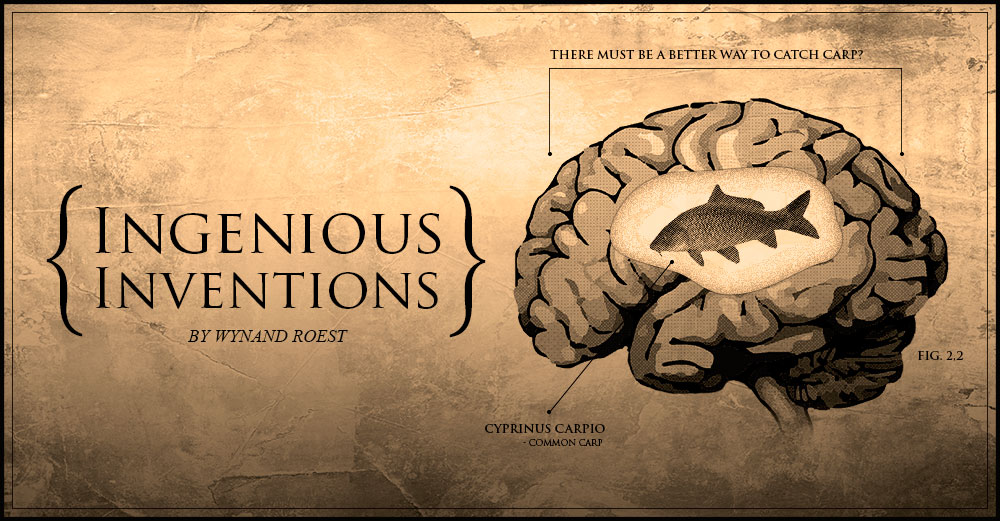 Looking back there’s been some truly remarkable inventions in carp fishing over the years. Many come and go; however only a few has stood the test of time. Here’s a look at some of the greatest inventions that are as relevant now, as when it was first created.

Formulated in the early 1970s by angler Fred Wilton; the boilie has undoubtedly become the most established bait in specimen angling. The original idea was to create a bait that carp would love to eat on a regular basis, because of its high nutritional value and good taste. Hence, as anglers started feeding and catching carp on boilies; carp became conditioned to search and eat boilies actively. Bait specifically made for carp, with its High Nutritional Value (HNV); helped anglers to catch bigger carp more frequently. Plus, there was no need to recast every 30 minutes just to check if the hookbait was still on. Since then, the boilie has become synonymous with specimen angling and continues to be the bait of choice for many anglers from across the globe.

Mr. Wilton, we salute you!

First produced in the late 1980s, unhooking mats (and carp care products in general); forever changed the way anglers treat their catch. Since then, specimen angling has revolutionised the recreational fishing industry at large; inspiring many to adopt better fish care practices and etiquette.

Many probably thought the idea of tying your hookbait to a ‘hair’, rather than a hook, was mad. But Kevin Maddocks and Lenny Middleton created the hair rig, and the rest is history. It’s an ingenious invention known for its versatility; as it enables anglers to use a variety of items as hookbait. Without a doubt, hair rigs have transformed carp fishing and continues to be the rig of choice for many.

Simple. Strong. Smart. The knotless knot should be mentioned in the same breath as the hair rig; seeing that it goes together like peanut butter and jelly. And because there’s some mystery surrounding its origins (as no one seems to know who invented it) the knotless knot without a doubt deserves a spot on our top six list.

PVA products forever changed specimen angling; as it helps to give anglers an edge when it comes to hookbait presentation. Having the confidence to cast out, (almost) anywhere and know that you’re fishing, is priceless. PVA completely changed the tactics anglers employed to lure their dream catch; and continues to be the ‘method’ of choice for many anglers until this day.

Invented by Richard Stuart Walker, he wanted to create something that would make it more relaxing on the bank while waiting for a bite. It’s not known if he invented the bite alarm specifically for carp fishing. However, he was an avid carp angler and known member of the Carp Catchers’ Club; so I’d say that’s a definite ‘yes’. 😉

As specimen angling continues to evolve, I’m sure there are more ingenious inventions still to come. However, only a few inventions can be considered revolutionary. What do you think are some of the greatest ever inventions in carp fishing?