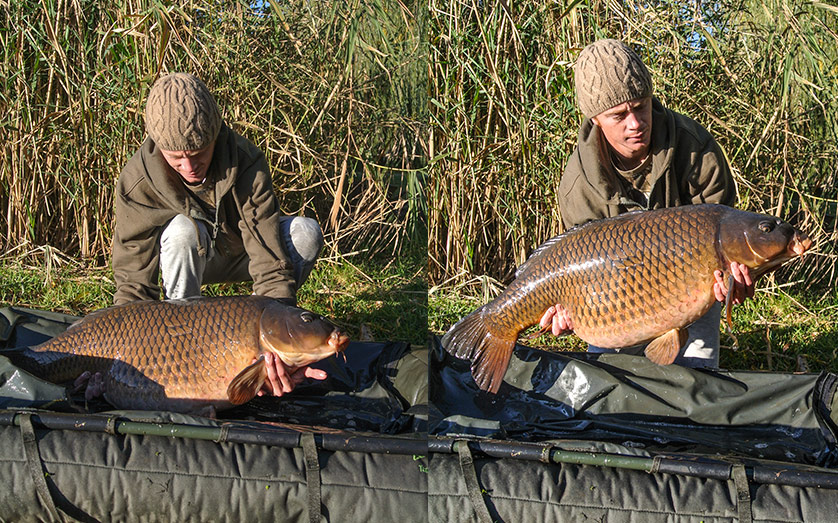 I believe that sometimes the pressure is more on the angler than on the actual water at hand, and this could either be the difference between success or failure. As a young angler or inexperienced angler, this can either make you or break you... which it did for me. Born in Nigel, living my whole life in a town called Springs, water was everywhere to be found. I grew up my whole life fishing but only discovered the wonderful sport of specimen fishing in 2013. It started off well for me, averaging fish around the 7-10kg mark – I was hooked. At some point, something inside of you wants more. It is an urge that grows and grows making you want bigger and better fish. It's a feeling only an angler will know or understand.

I went from watching Carp Adventures, State of the Art Big Hit Carp Fishing and the first few Korda Underwater DVDs. I decided I would build myself up to a point where I was ready to take on some of our bigger waters. So, I booked a 48-hour session at Top Lake not knowing that this would almost break me in half as an angler. I had this cloud of doubt above my head on arrival and this questioning inside of me that kept asking: "Are you ready for this?". It just kept lingering on the inside of me. Believe me, it only got worse when I went out on a fairly big canoe and saw see these huge carp in the gin clear water. I couldn't believe my eyes – I had never seen anything like that. Things would only get worse before they got any better. After a whole night of no runs, no beeps and nothing but silence, I found myself again at conflict in my methods. Leave my lines in and just feed the spots again? Or start over and rethink the situation. It was like Cape Town vs. Gauteng. Sticking to my 'Gauteng method' or going with what I had learnt in the past few months of living in the Cape.

Things are very different here. Besides bait and tackle being scares, most venues are only day venues, making time extremely valuable and preparation key. It really teaches you to up your game, and I've always admired short session anglers. They know what they want and what is needed to acquire their targets. So it was decided I would go with this new skill I had acquired in the Cape and keep changing and start hunting the fish. I was going to go to them, instead of waiting for them to find me.

It wasn't long after the first rod screamed off and then the next! Eventually, after having three fish disappear metres away from me, this pressure arose again. I started to question myself until I received a very welcoming call from my father, telling me it wasn't over yet. He had a feeling. I realised then; I still had just under 14 hours to go and the reassurance kicked in that time wasn't up yet. I knew something was on its way as I've always seen my father as born angler – if you know what I mean. (Some people are just naturally talented in certain fields.) With things looking up, I decided to call it a night and hop in the bivy. It wasn't too long after that my rod screamed off so fast that the alarm jammed up, still sounding well after I had the rod in my hand. I played the fish with this nerve wrecking feeling inside of me. There was this constant ping from the leader rolling off the fish's dorsal, every time it tried to roll away or turn, and then it just went dead. My heart stopped, thinking I had just missed my last chance to the thick algae. I continued to reel in, until about ±10 meters in front of me, a carp surfaced. Confused and shocked all at once, I reached for the landing net. Finally I had one in the net. I've never been so relieved in my life.

Eventually, after coming to terms with what had just happened, I went back to the second bivy to awake a friend of mine, Andrew. Not long after, Gary arrived, and they prepared the landing mat and zeroed the scale. I return to the landing net and my catch. Not being able to see much, I reached for my landing net. To my surprise, I could barely get it out of the water and onto the jetty. Tipping the scale at 17.4kg, I sacked the beautiful common and went back to bed. I wasn't able to get much sleep thanks to the curiosity of what this beautiful carp would look like in daylight. The hours felt like days before the sun eventually rose at six!

It was time to get a good look at what was produced and to take some photographs when the next rod slowly beeped away, hooking another fish. I passed the rod to Andrew, and he landed a new beautiful PB mirror of 16kg. Eventually, after having breakfast and coming to terms with how things had paid off, I realised something. No matter how big or small the fish is, our country is full of great anglers. We don't have many specimen syndicates like the rest of the world, but we have wild, untamed waters that seem to have a magical spell on all of us. It keeps us wanting more. So when the pressure starts to rise, take a moment to realise that you are going for the big, WILD ones and not fishing lakes and ponds where the fish all have names.